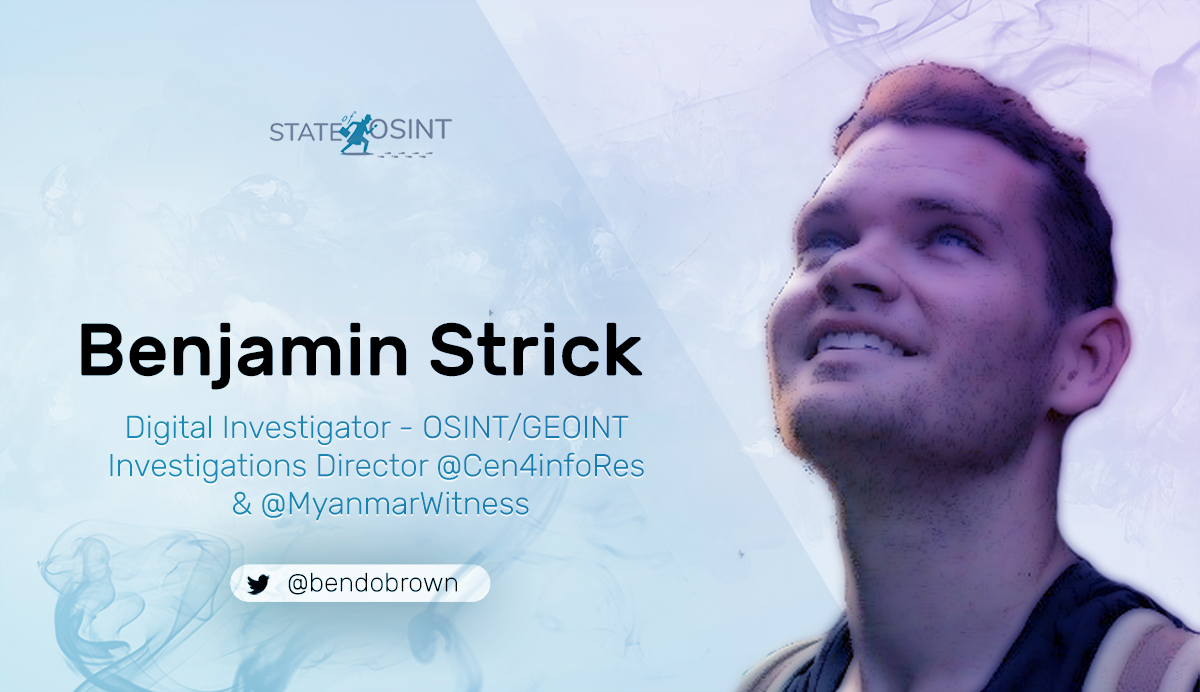 What was your OSINT highlight of 2021?

The highlight for me in 2021 was being nominated and winning the OSMOSIS open source intelligence champion of the year award. 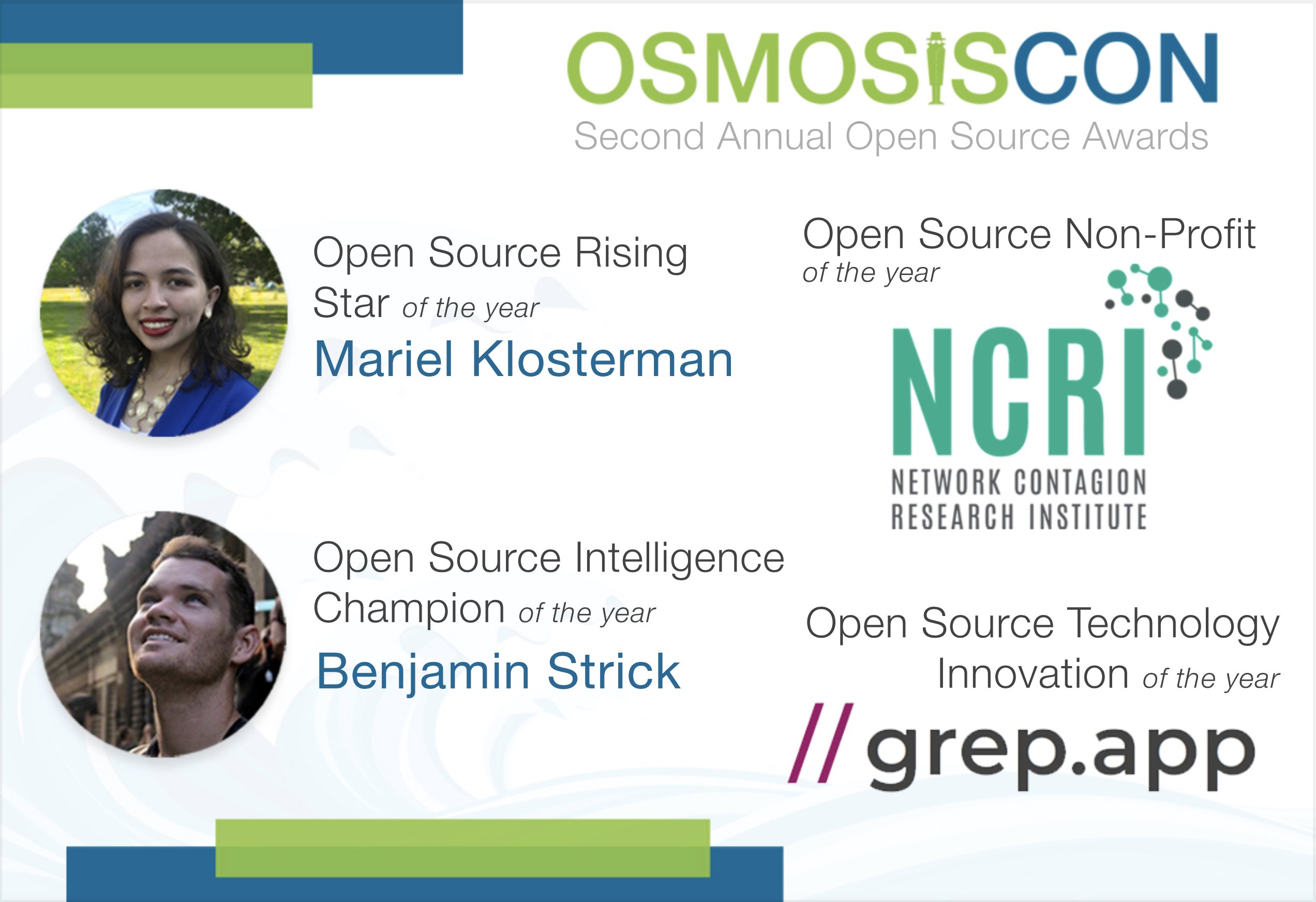 It’s not just an award for me, but for the community of self-starters and self-teachers that don’t have special degrees or access to special software, but just grind everyday and get down with the data.

What emerging (good or bad) trends did you notice over the past year?

This past year has seen a lot more exposure and outside interest in the open source intelligence community, and with that has brought some new trends – some good, and some bad.

While there appears to be a positive push by researchers to set formal standards of ethics and best practices within the community, I’ve noticed more of a hive mind of ethics in bringing certain best practices to light, and role models in open source championing those standards.

For example, some role models choosing not to share some geolocations publicly on videos that have been widely shared, due to the sensitivity and security of the people that might have filmed the footage or took the images. This level of self-censorship by role models in the open source world speaks volumes to those who look up to them, and is definitely a good side of what I have seen this year - but it also shows that there is an audience lurking online that does not intend to do good.

This year I have also witnessed first-hand more requests to do what I refer to as the ‘dark arts’ of open source. For example, I have had colleagues contacted by dictatorship governments seeking training in open source intelligence and have personally seen an increase in requests from people wanting me to geolocate the homes of other seemingly innocent people - which alarms me that there may be an uptick in the use of open source skills in cyberstalking.

While the negative trends are present and always will be in the world of social media, the transparent nature of the open source community is as much an educational tool as it is a research tool, and the constant blogging, research and publications from the community is no doubt contributing to the world’s digital literacy and awareness of the dangers of what information is shared online, in turn making a more aware and resilient digital community.

Any favorite tool or technique that you tried in 2021?

By far my favorite tool for 2021 has been Google Spreadsheets to create location-based datasets in a collaborative environment. In the past I was a somewhat unorganised geolocation fiend with thousands of multi-coloured pins on my Google Earth to the point where if I accidentally click on ‘My Places’ and attempt to load all of the data, my computer would crash.

By logging my entries in a sheet, and using that sheet in a collaborative environment with others who are working on the same geographic region, or monitoring the same subjects, and through being able to expand upon entries in sheets and adding a ‘dates’ column, flagging an ‘actor’ in a column and other details and then ranking items in a sheet, new findings can be identified.

By turning other location-based datasets into sheets and compiling all of them there can also be significant new findings that can be made that might not have been visible to the average analyst eye.

How do you see the OSINT landscape changing in 2022?

The OSINT community in nature is increasingly large in its remit, and I think that there will be a growing shift towards sub-communities in the OSINT space as we see people mould into deeper subject matter levels, sparking stronger communities.

For example, people can attend “OSINT” workshops, but in 2022 I expect we will see many more courses and workshops offered in niche OSINT categories such as open source for journalists, environmental OSINT, threat intel, OSINT for legal accountability and so on. Sure, many of them will no doubt involve very similar material and techniques, but the method of delivery and subject matter caters to new demographics of businesses and organisations keen to enter this digital literacy space.

For me personally, I am hoping to see more of a push towards the use of open source evidence in justice and accountability measures such as judicial fields and courtrooms in the human rights space. There is a significant buildup of work that has been done this year, and can only grow as we further the field next year.

One other way I see the landscape changing is the increase in geographical diversity. Open source intelligence appears to have a strong presence in the US and the EU, however I hope to see a growth in the OSINT communities in underrepresented regions.

For me personally, over the past year I have had the privilege of teaching and meeting people in Nigeria, Kenya and Thailand and have been able to follow their ventures in building communities in-country where skill-sharing, collaborations and meetups are encouraging new people to the field - in turn, that has reflected in an uptake on Twitter, for example, of OSINT analysts acting as role models in their own country and inspiring a new generation of analysts. I hope to see this trend continue as diverse backgrounds bring new ideas, new methods and can only benefit the international OSINT community.

Sure thing! The most important one I’d like to share is my YouTube channel for anyone wanting to sharpen or learn new digital research skills. It’s meant for anyone, anywhere in the world who has access to a computer with an internet connection so dig right in: https://www.youtube.com/bendobrown

I’m also pretty heavy on Twitter, which mainly consists of practical open source work that I enjoy sharing with the world: https://twitter.com/bendobrown" 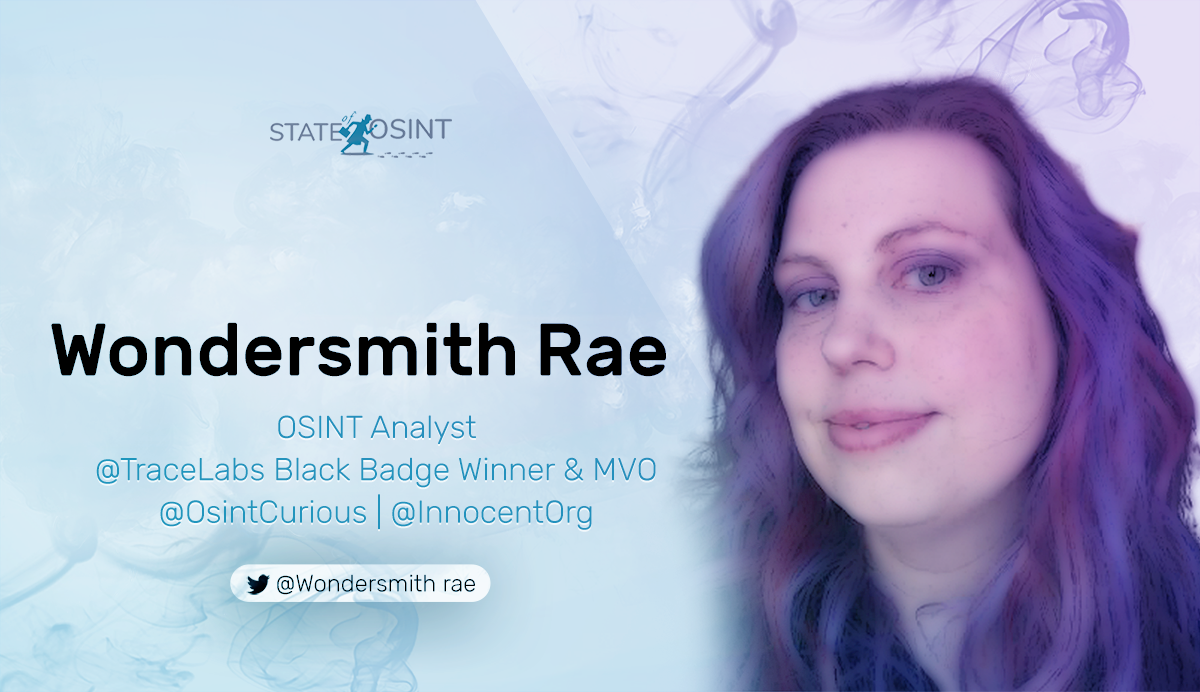 Many companies are beginning to figure out how OSINT can benefit them which means lots of opportunities for newcomers. 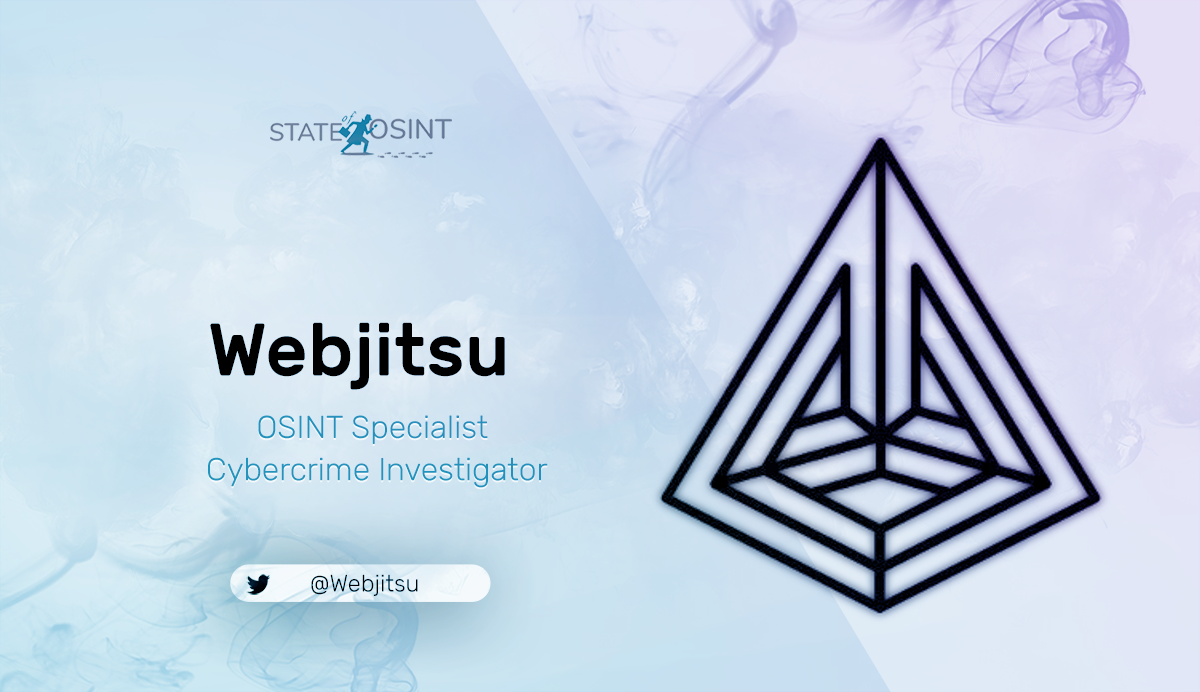 I've noticed that OSINT is continuing to mature as an independent discipline in its own right, but public recognition of the true value of OSINT still has a way to go. 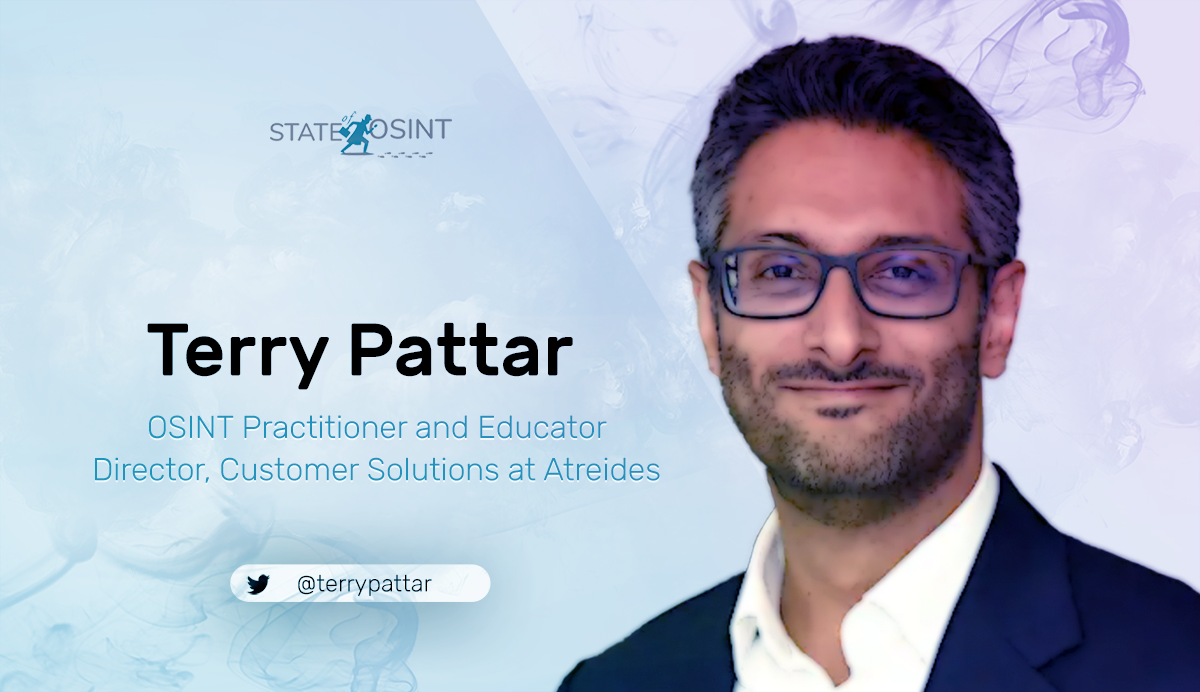